During one of the hottest weeks of August, Kuiken Brothers staff hopped off the forklifts, jumped out of their delivery trucks and out from behind the sales counter to grab a hammer and strap on a tool belt in Paterson, NJ. No, we weren’t starting our own construction company, but participating in Paterson Habitat for Humanity’s 2017 Corporate Challenge. 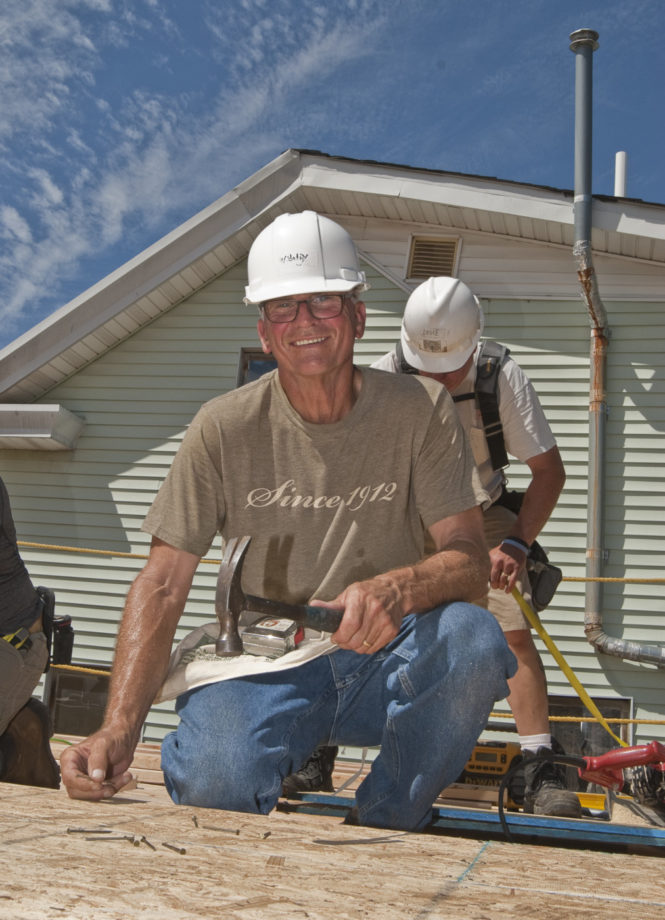 Over the course of four days, 65 employees and their family members worked full days to help frame two new townhouses, including the construction of wall and floor systems with Douglas Fir Lumber, plywood and engineered wood products from our manufacturer partner Boise Cascade. 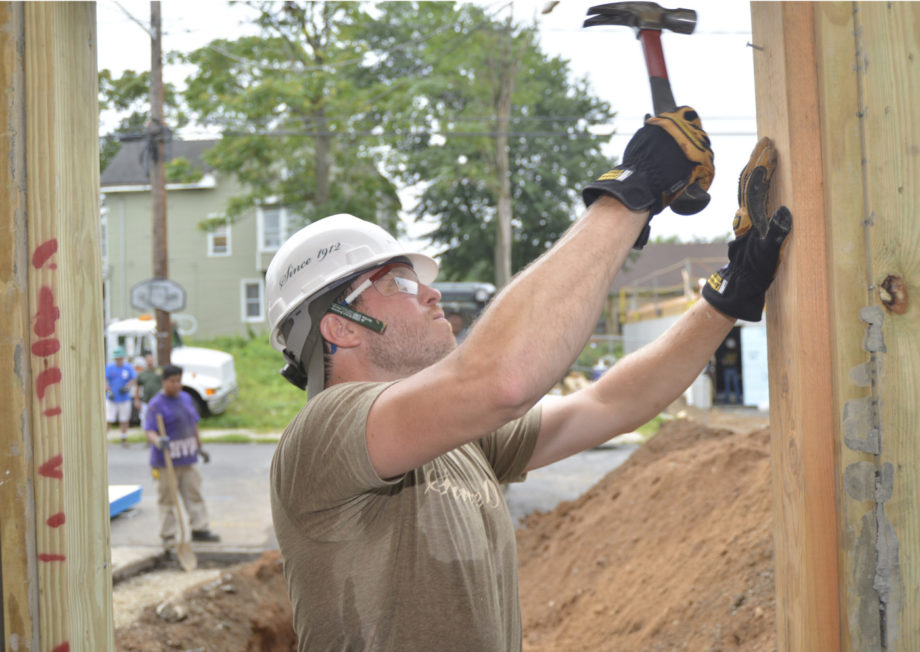 Matt Kuiken frames out the first floor entry door opening on one of two homes the Kuiken Brothers team helped to build in August, 2017.

“We’ve always been part of the shelter industry,” said President Doug Kuiken. “That is the basis of a very strong relationship and a natural fit with Paterson Habitat.” Kuiken Brothers has been partners with Habitat for Humanity for over 30 years and continues to believe in their vision to rebuild and make home-ownership a possibilities for families in Paterson. 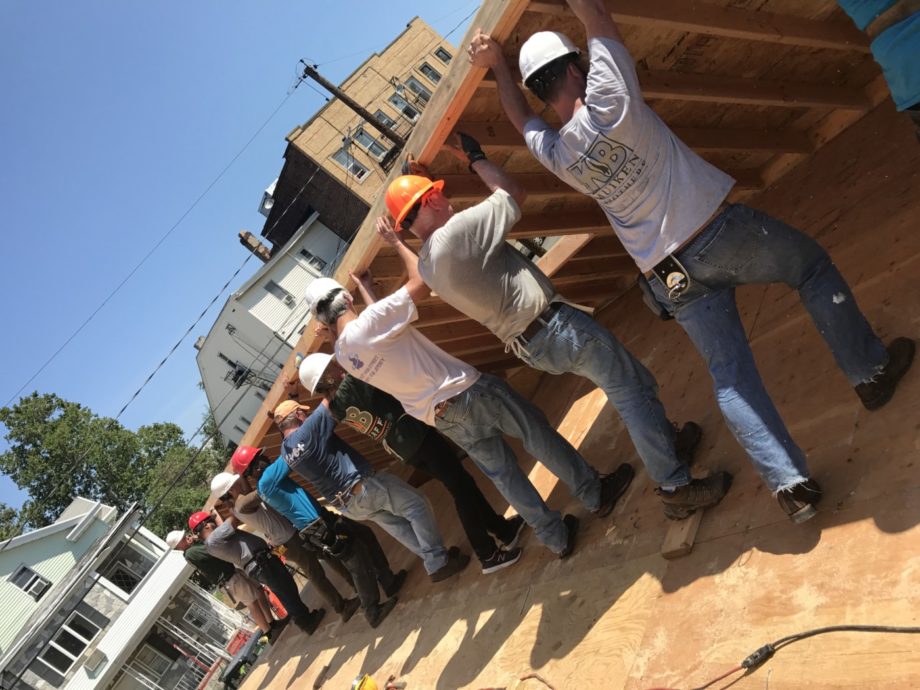 A corporate mission of Kuiken Brothers is to positively impact communities in New Jersey and the greater Tri-State area. The company supplied building materials for the first Paterson Habitat for Humanity House in 1984. In 2007 Kuiken Brothers’ commitment to Paterson Habitat was recognized with the organization’s Community Champion Award. 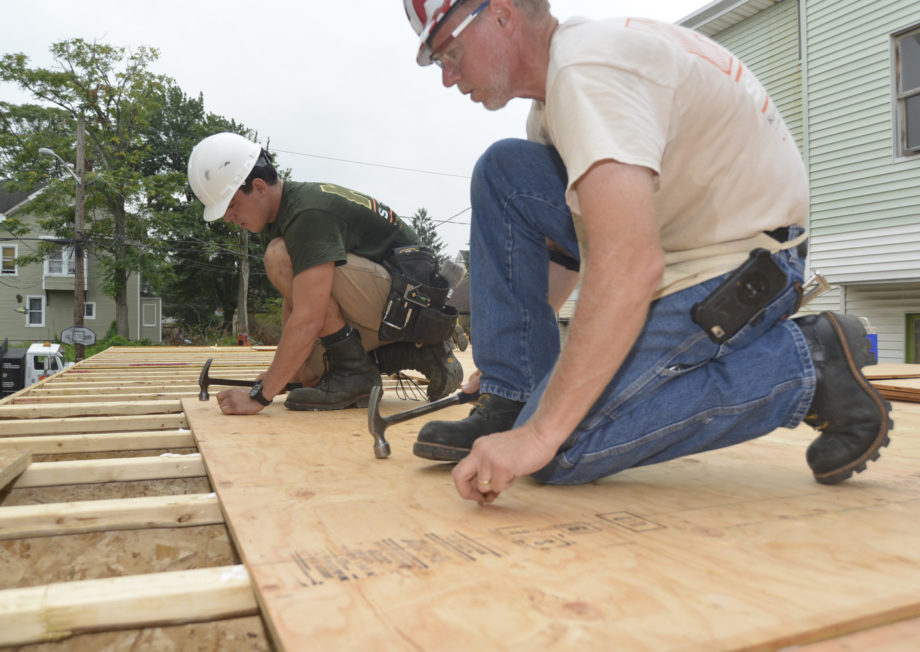 No pneumatic nails were used during our four days framing two homes in Paterson, NJ. Old school, hand nailing only for this crew!

Paterson Habitat, an affiliate of Habitat for Humanity International, partners with low-income families to help them build and buy new homes of their own and renovates existing homes.  The organization is also working with community partners to revitalize whole neighborhoods. Paterson Habitat’s mission is sustained by financial donations and the work of its construction volunteers, who have provided homeownership opportunities to over 265 families since 1984.