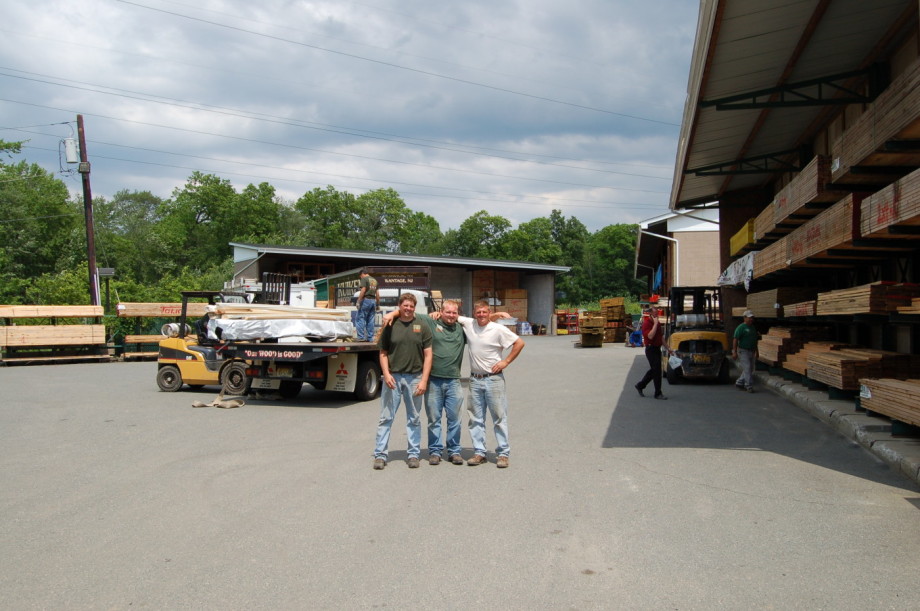 Not only is Kuiken Brothers a family owned and operated business, many of its longtime employees happen to be family members as well. 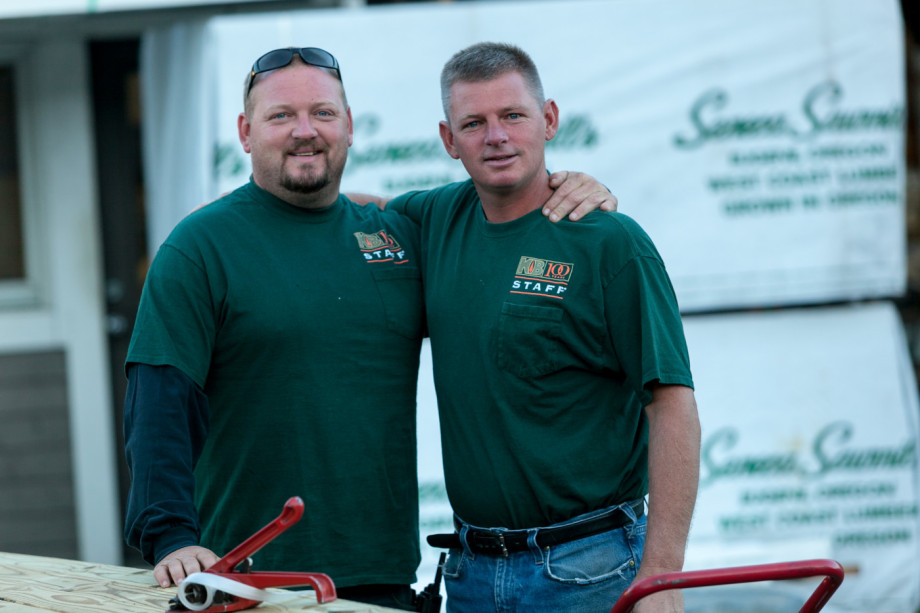 Mike Douma (above right) is the Yard Foreman at our Emerson, NJ yard. Mike is going into his 23rd year with the company. Originally from Hawthorne, NJ, Mike started with Kuiken Brothers at the Fair Lawn location working around the yard. When Kuiken Brothers purchased the Emerson location in 1993, Mike was transferred to help with the set up and cleanup of the new location and has not left since. 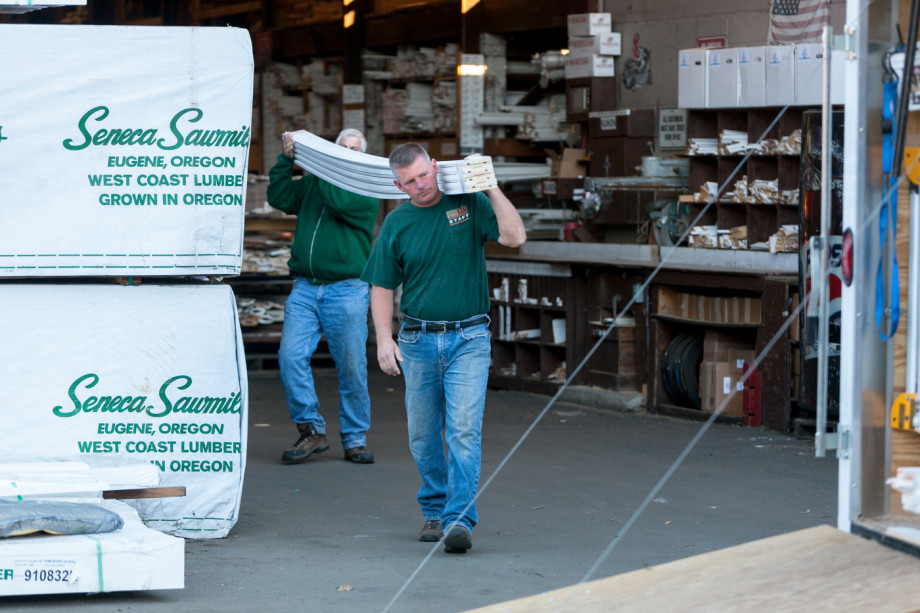 Mike lives in Midland Park NJ with his wife of 17 years and their five children, 3 boys and 2 girls, ranging in age from 3 to 15. With the responsibility of running the yard operations at a very busy lumberyard and a large family, Mike does not have a lot of free time. But, when he does he likes to hang out with his brothers and have a good steak. Mike credits his tenure at Kuiken Brothers to the people. “The best part about working here are the people. It’s like one big family.” 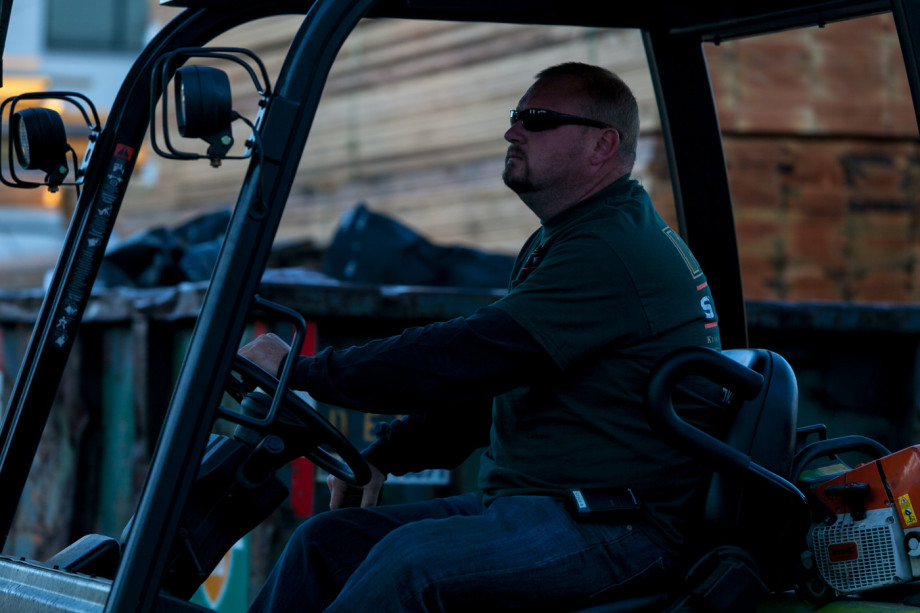 Steve Douma (above left) has been with Kuiken Brothers for a total of 15 years. Steve started in Fair Lawn, NJ yard working in the yard. He then transferred to the Midland Park yard where he was a van driver.

Steve left Kuiken Brothers to become a corrections officer for several years, but due to the long hours and stress it put on his family he decided to come back home to Kuiken Brothers. He has been working in Emerson with his brother Mike for the past 8 years. In Emerson, you will see Steve everywhere from dispatch to building loads. Steve has two daughters and lives in Ridgewood, NJ. He enjoys golfing, fishing and cooking. Steve agrees with his brother in saying the best part about working at Kuiken Brothers are the people. “These are the best people anywhere.” 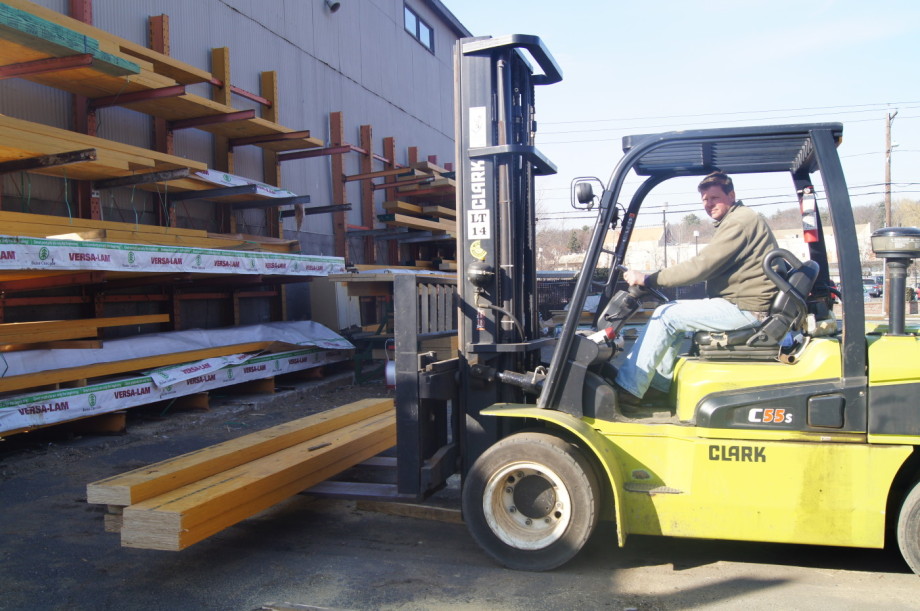 And finally, Scott Douma a.k.a. “Scooter,” the third member of the Douma family, is based out of the Midland Park location. Scooter started working full time in construction with a contractor but wanted to go to college for Accounting and needed to work part time. The contractor could not offer part-time work so Scott’s older brother Mike got him a job part-time with Kuiken Brothers. After a year of college and working part-time with Kuiken Brothers, Scott decided the number crunching desk job wasn’t for him. He enjoyed being outside too much and came on board full time at Kuiken Brothers as a van dispatcher. At that time the dispatcher worked in the yard loading the vans for deliveries. In 2005 the dispatch job went inside to a desk and Scott wanted to stay outside in the yard. Today you can find “Scooter” mainly in the engineered lumber section of the yard working with the Boise Cascade beams and I-joists, receiving deliveries, stocking product and “scooting” around the yard!

Scott lives in Wyckoff with his wife of 10 years and their two daughters. When Scott is home he still loves to be outside and enjoys landscaping his yard. “Anything to be outside” said Scott. Scott and brothers Mike and Steve are very close and love hanging out together with their families. “That’s why I like it at Kuiken Brothers and have stayed so long, they treat us like part of the family.”