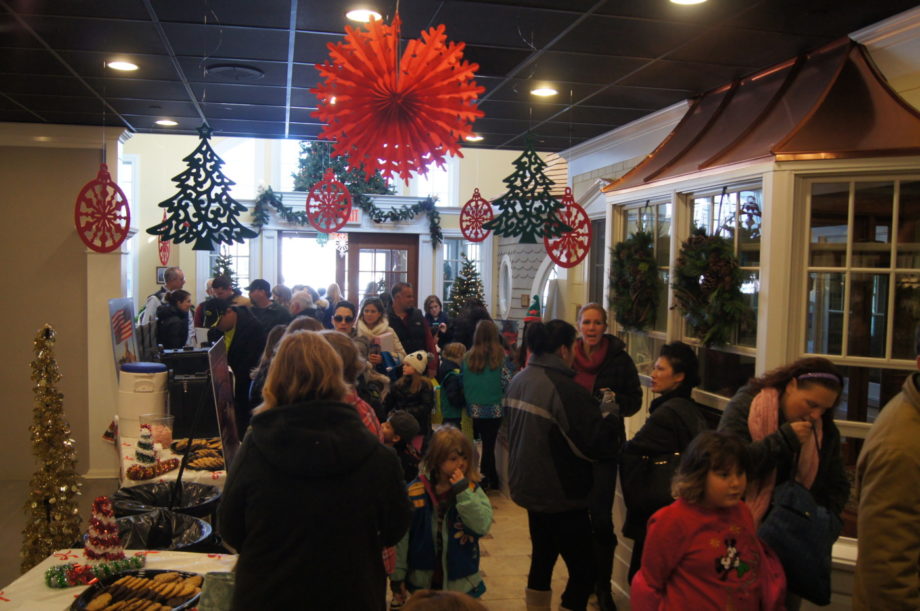 A special thank you to all of our customers and and surrounding communities who once again participated in making the Toys for Tots event a resounding success.

For the fifth straight year, Kuiken Brothers partnered with Toys for Tots as an official drop off location to collect toys for the program at our eight locations throughout New Jersey and New York.

The festivities kicked off on on December 3rd in the Village of Warwick when the Toys for Tots Operation Toy Train pulled into town just outside of our yard. 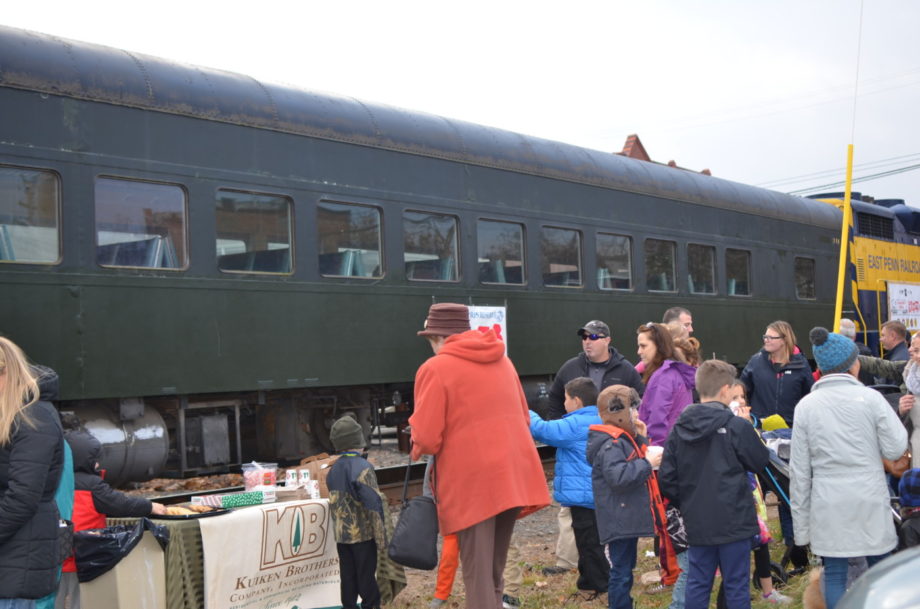 Despite the gloomy weather, the village of Warwick and surrounding communities came out in record numbers. Kuiken Brothers provided cookies, candy canes and hot coco to warm up all the visitors. 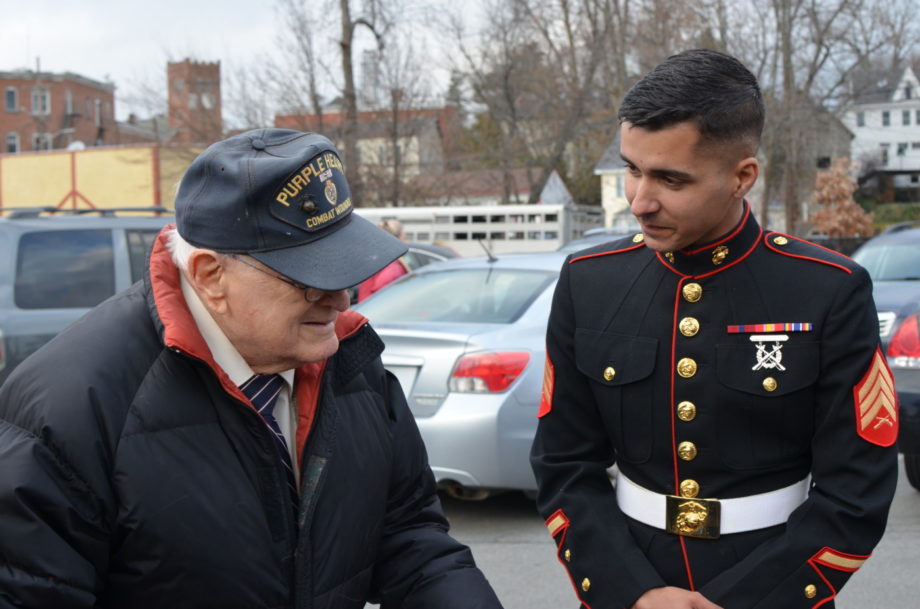 We were also honored to have a special visitor (other than Santa, of course) join us. Mr. Bill, a U.S. Marine who served in World War II and was a Purple Heart recipient was visiting downtown Warwick with his family. 50 years ago Mr. Bill started a tradition of wrapping a huge wreath around the entrance to Yesterday’s, one of downtown Warwick’s oldest businesses. His daughter Kim said she brought her father to town to show him the new wreath and they wondered what was happening at the train station. When they heard Santa and the U.S. Marines were in town too, her dad couldn’t wait to meet them. Kim said it brought back so many memories for her dad and he was very happy he came to town that day. 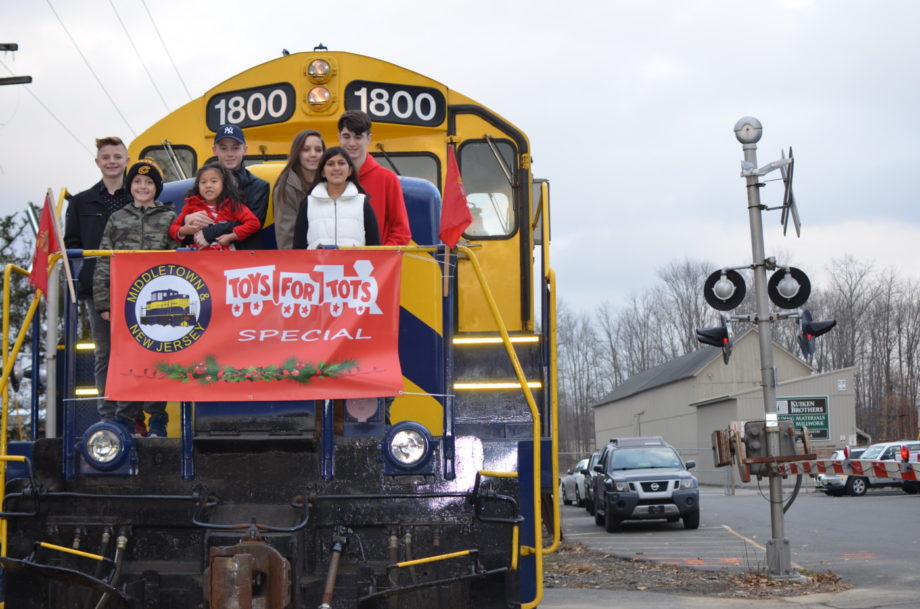 On Sunday December 10th, 2017 we were honored to open our Millwork & Cabinetry Showroom on Route 10 in Succasunna, NJ to host the Toys for Tots Toy Train SPECIAL which was the final stop for collecting toys for needy children in the Northern New Jersey area for the 2017 holiday season. 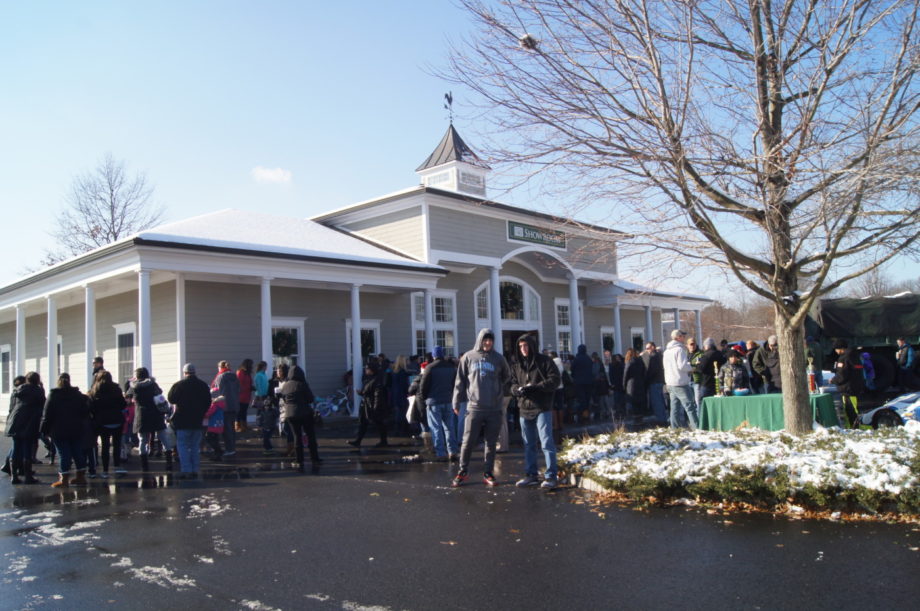 Despite the winter weather on Saturday, it was just enough to blanket the showroom for Sunday’s collection. It was bright and sunny with a crisp chill in the air which had everyone in the holiday spirit. 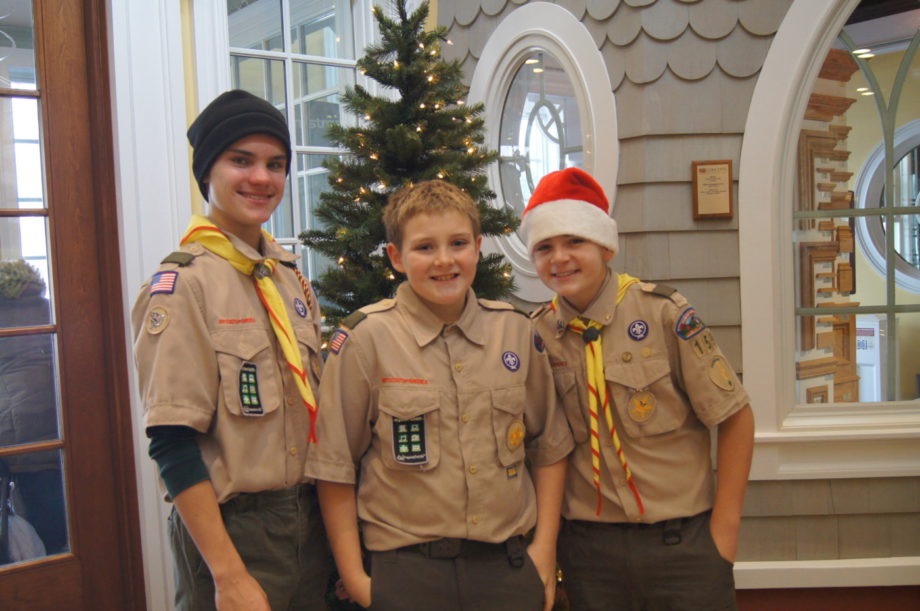 The Boy Scouts were also on-site to make their donation and help to load the train with all the toys being donated throughout the morning. 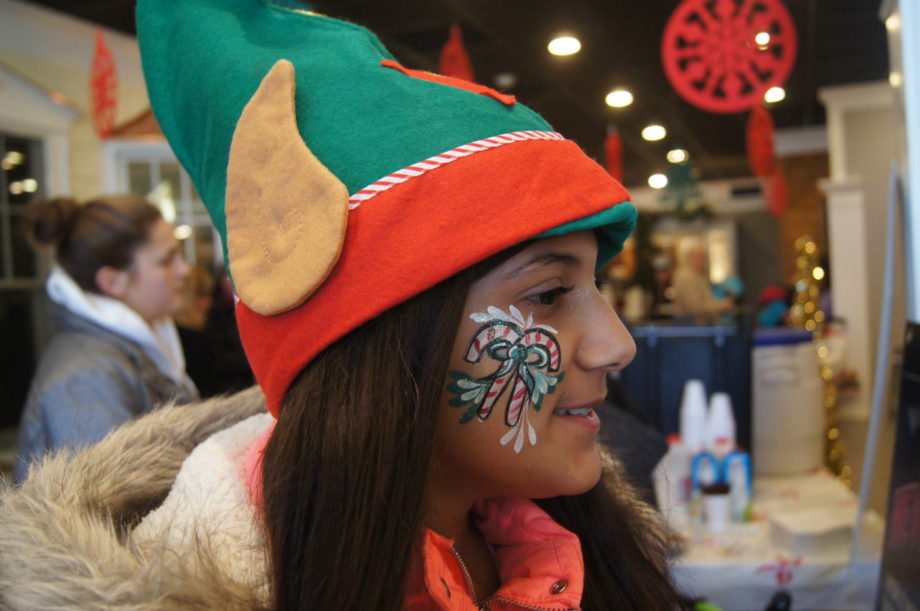 From 10am – 2pm kids of all ages lined up for face painting by Jolene at Making Faces. 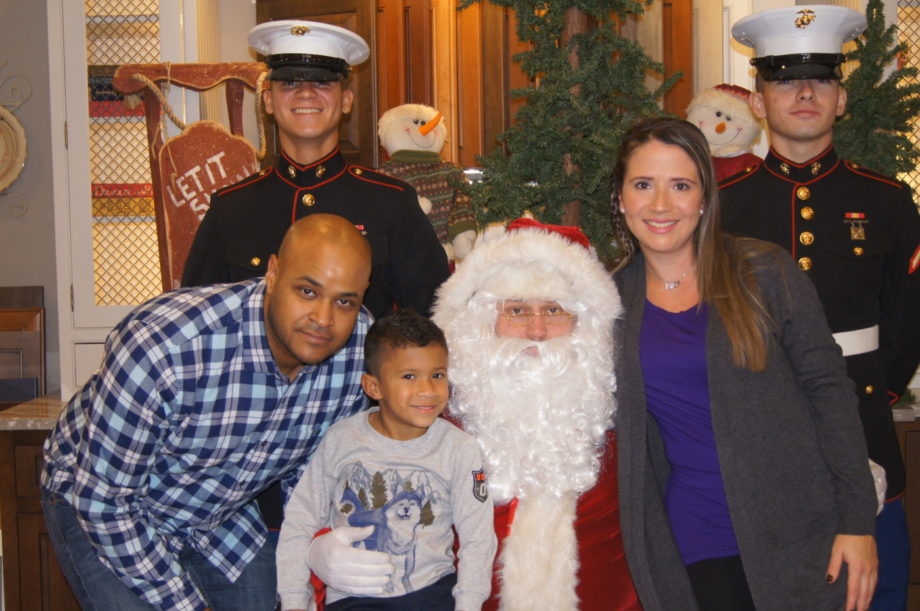 Another feature of the day was having your family photo taken with Santa and the US Marine Reserves. Say…MERRY CHRISTMAS! 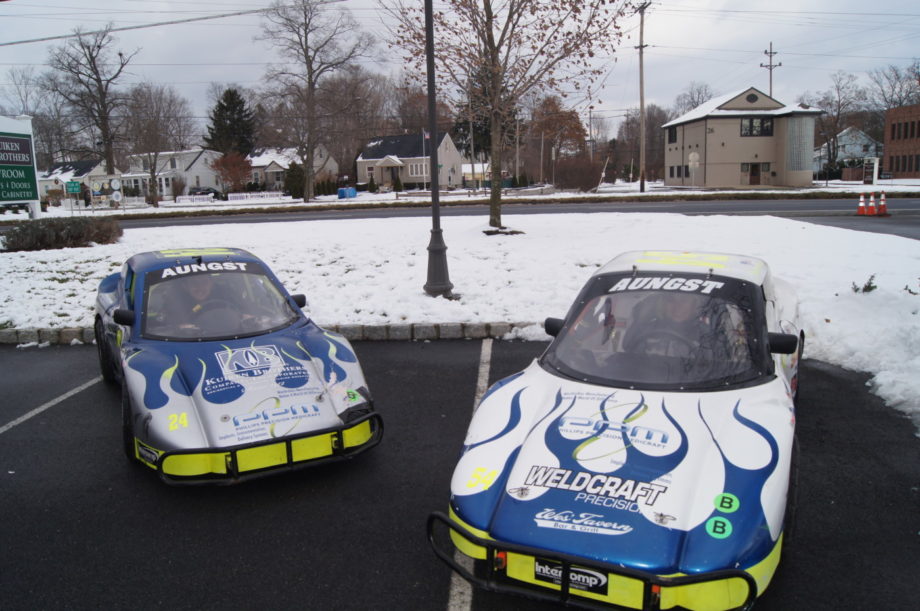 Joseph and Justin Aungst were on site with their race cars sponsored by Kuiken Brothers. 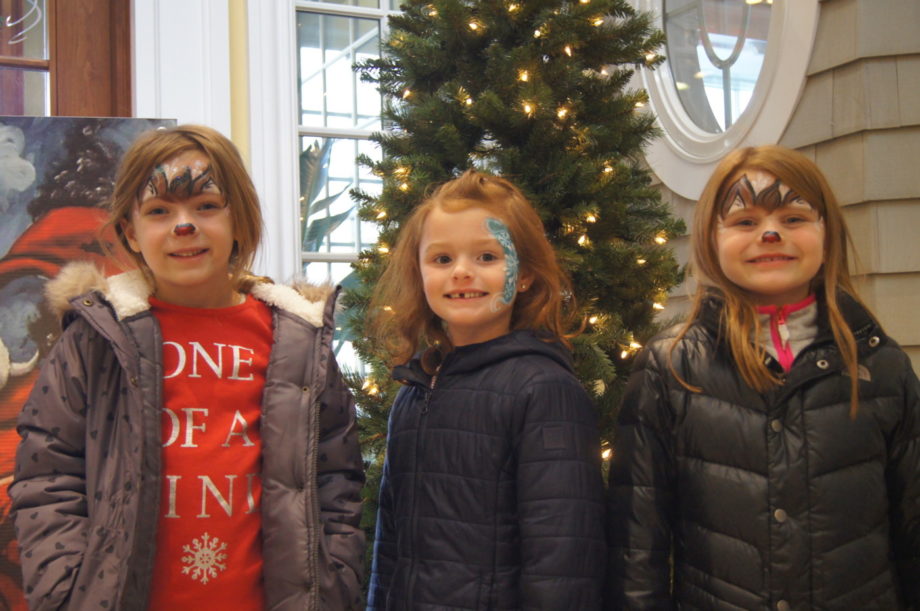 Thank you to everyone who came out and supported the Toys for Tots event this year. We are so proud to be partnered with Toys for Tots and Operation Toy Train. Just think of all the children that will be smiling this Christmas morning because of ALL of your generosity.

Carolyn Hoffman from Operation Toy Train said “We collected a record number along the route this year ~ totaling over 20,000 toys!”

We look forward to seeing you again next year! Merry Christmas and Happy New Year!